It was a win for Jordan on the opening day of Jump Saudi as Hani Kamal Raji Bsharat and Chatinue cruised to victory in the 1.50m CSI4* World Cup Qualifier at Jump Saudi. Organized by the Saudi Equestrian Federation at the headquarters of "Saudi Jump" on the grounds of the Al-Janadriyah Horse Racing Club it was a full day of exciting show jumping.

Located in the stunning city of Riyadh, Saudi Arabia 24 competitors took on Uliano Vizzani’s Table A. Bsharat punched the air as he entered the arena for prize giving, topping the podium in 65.84s just a fraction of a second ahead of young Japanese talent Mike Kawai on 11 year old Saxo de la Cour who stopped the clock in 66.22 sec. Russian rider Egor Shchibrik secured third place with his super fast stallion Casanova F Z as they came home in 66.90 sec.

The highest placed Saudi rider was Meshari Alharbi in fourth with a time of 67.94 sec on Genasis and Edwina Tops-Alexander rounded off the top 5 with her exceptional ride Fellow Castlefield in 68.97 sec.

It looked like Philipp Weishaupt was set to win the class by miles as he cut all the corners and took out strides where possible on Cool Feeling who is normally ridden by Ludger Beerbaum. But the last line cost him the win as two fences fell and the pair were pushed out of the placings.

The crowd cheered as local rider Kamal Abdullah Bahamdan and Jack van het Dennehof flew through the finish line clear in a time of 69.13 seconds while Dutch rider Emile Tacken opted for a steady clear picking up a single time fault with Cas and saving energy for the1.55m World Cup tomorrow evening.

Tomorrow is set to be a thrilling day of sporting action as national and international riders go head to head to be crowned champions of the CSI4* FEI Jumping World Cup™. All the classes will bea streamed live and for free on the Jump Saudi website where the World Cup will kick off at 6.00pm local time. 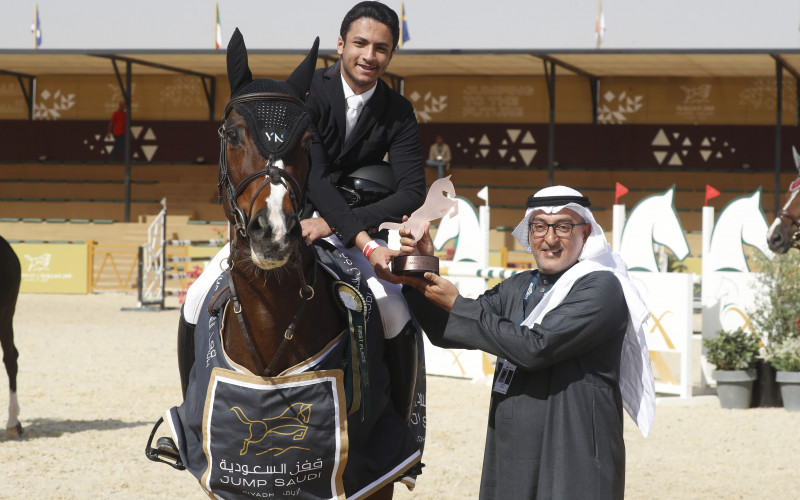 Congratulations to our first winner of the weekend 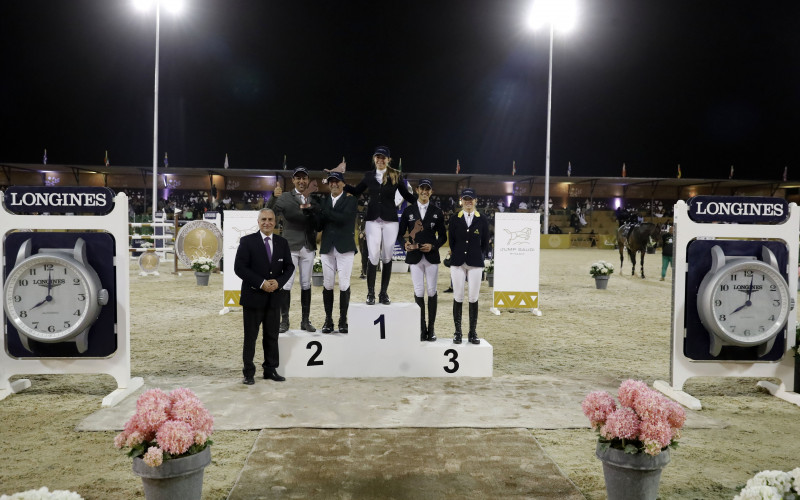 Dutch Crowded Champions in CSI4* Longines World Cup At Thrilling Jump Saudi
We use cookies to personalise content and ads, to provide social media features and to analyse our traffic. We also share information about your use of our site with our social media, advertising and analytics partners who may combine it with other information that you’ve provided to them or that they’ve collected from your use of their services. Accept