In a close second place under half a second behind the German was crowd favourite Abdullah Alsharbatly and Quincy. The local rider received a standing ovation as he stopped the clock in 68.49 seconds to claim silver today. On form, Ibrahim Hani Bisharat and Astuce du Cellier la rounded off the podium with a solid clear but in a much slower time fo 72.15 seconds.

There was drama for Peder Fredricson as he opted for an ambitious inside turn on H&M Crusader Ice that caused the rhythm to be disrupted going into the double and the pair ground to a halt to come home on 5 faults.

Continuing his unlucky streak Philipp Weishaupt and Cool Feeling were the fastest of the class in 67.19 but har rub on a pole in the latter part of the course caused the duo to finish with 4 faults.

As the sunset over Riyadh, it was a fantastic kick-off to CSI5* Jump Saudi where HH Prince Abdullah Bin fahad Bin Abdullah AL SAUD, President of the Saudi Arabia Equestrian Federation and Chairman of Saudi Equestrian Events presented the trophies with Abdullah Alghanim the Advisor to the GCEO.

Fans and riders now look ahead to tomorrow's CSI5* Longines FEI Jumping World Cup of Riyadh which will be streamed live and for free on the Jump Saudi website. 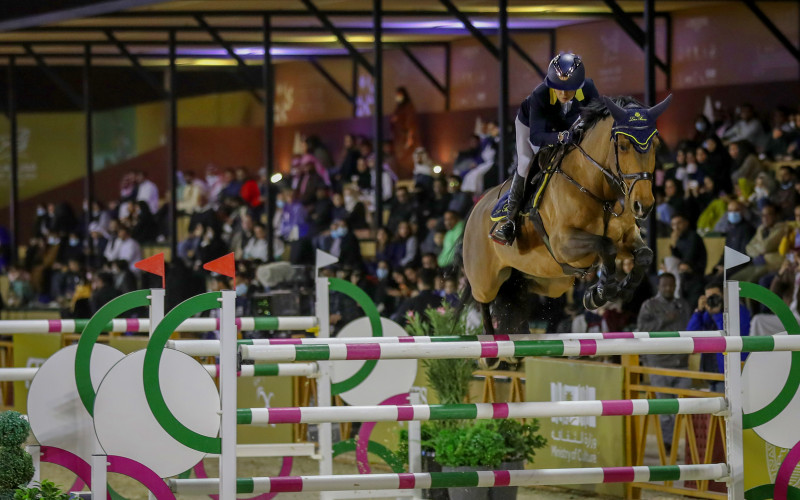 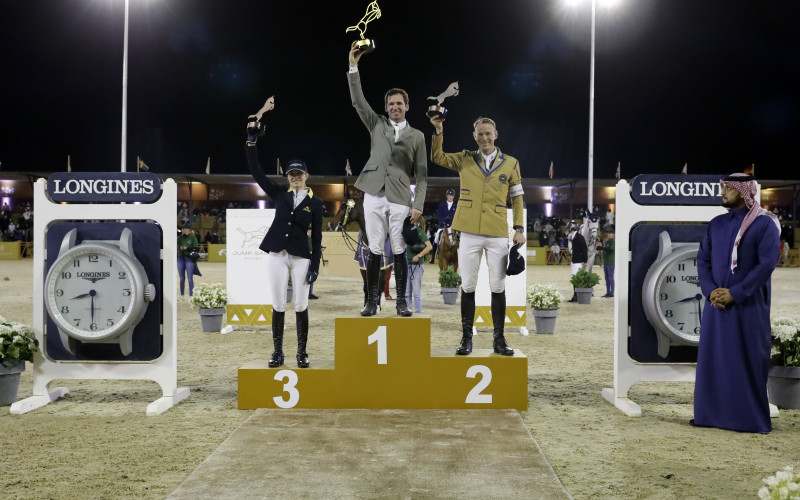 Philipp Weishaupt and Coby Jump to Victory In Longines FEI Jumping World Cup of Riyadh
We use cookies to personalise content and ads, to provide social media features and to analyse our traffic. We also share information about your use of our site with our social media, advertising and analytics partners who may combine it with other information that you’ve provided to them or that they’ve collected from your use of their services. Accept